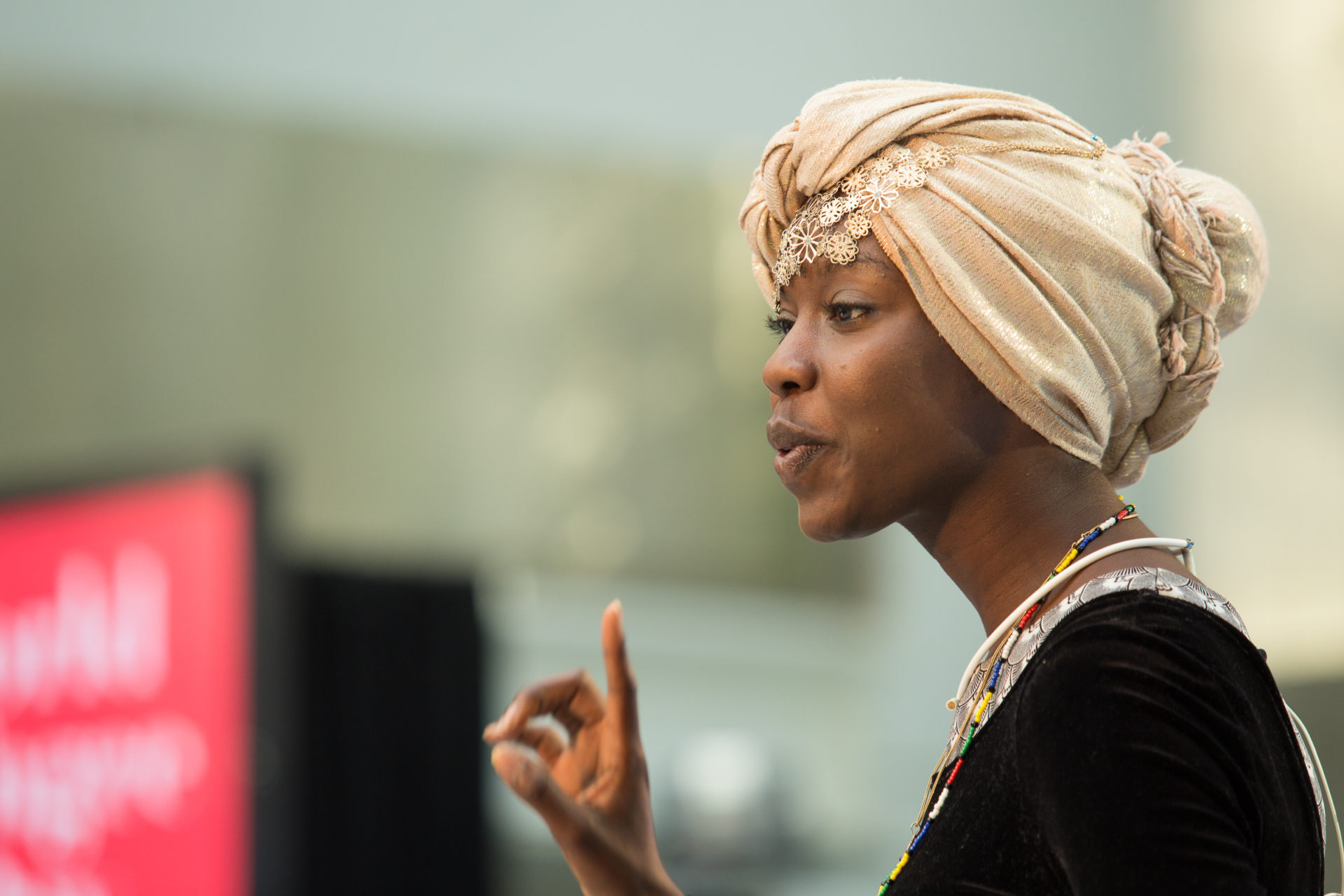 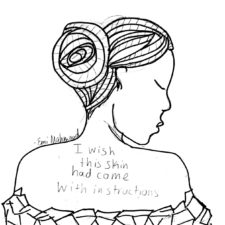 “She has debated with presidents, been comforted by the Dalai Lama, and been called one of the world’s most inspiring women – but it’s as a poet that Emtithal Mahmoud truly shines.“

From Refugee, to Ivy Woman, to World Champion Poet, and now Goodwill Ambassador— Emtithal (Emi) Mahmoud continuously advocates for the cause of refugees and disadvantaged communities the world over through her poetry, and incredible experience.

In 2017, she hosted the first fully inclusive civilian peace talks across Sudan as part of her One Girl Walk and Dreams for Peace Initiative. In 2018, she completed an unprecedented 1000km (620mile) walk in 30 days from Darfur to Khartoum, mobilizing thousands of people along the way.

The newly published author has repeatedly moved audiences to tears—and to their feet— at the UN General Assembly, The World Economic Forum in Davos, the Women’s Forum in Paris, The Hague, Forbes 30 Under 30, and countless other high-level events.

From her landmark peace talks, to multiple field missions with the UN-Refugee Agency, to a now four-year research initiative on Sickle Cell Disease in Nepal, Emi constantly puts real-life knowledge behind her powerful words, driving people to action around the world.

Since her 2016 Yale graduation, Emi has worked with the Dalai Lama, the UNHCR, Kailash Satyarthi, Tawakkol Karman and several other Nobel Laureates, leaders, and organizations.

A trailblazer in the American Muslim community, Emi was the youngest of twelve people selected for a private roundtable discussion with President Obama during his last year in office prior to his first visit to a US Mosque as a sitting president.

She continued to serve as part of a select group of Muslim American leaders chosen to advise the cabinet on countering islamophobia and discrimination during their final year. Contributing to multiple Whitehouse roundtable discussions and participating in both the Eid Banquet and Holiday dinner under the Obama Administration, Emi went on to teach and mentor youth around the world, advocating peace through poetry. 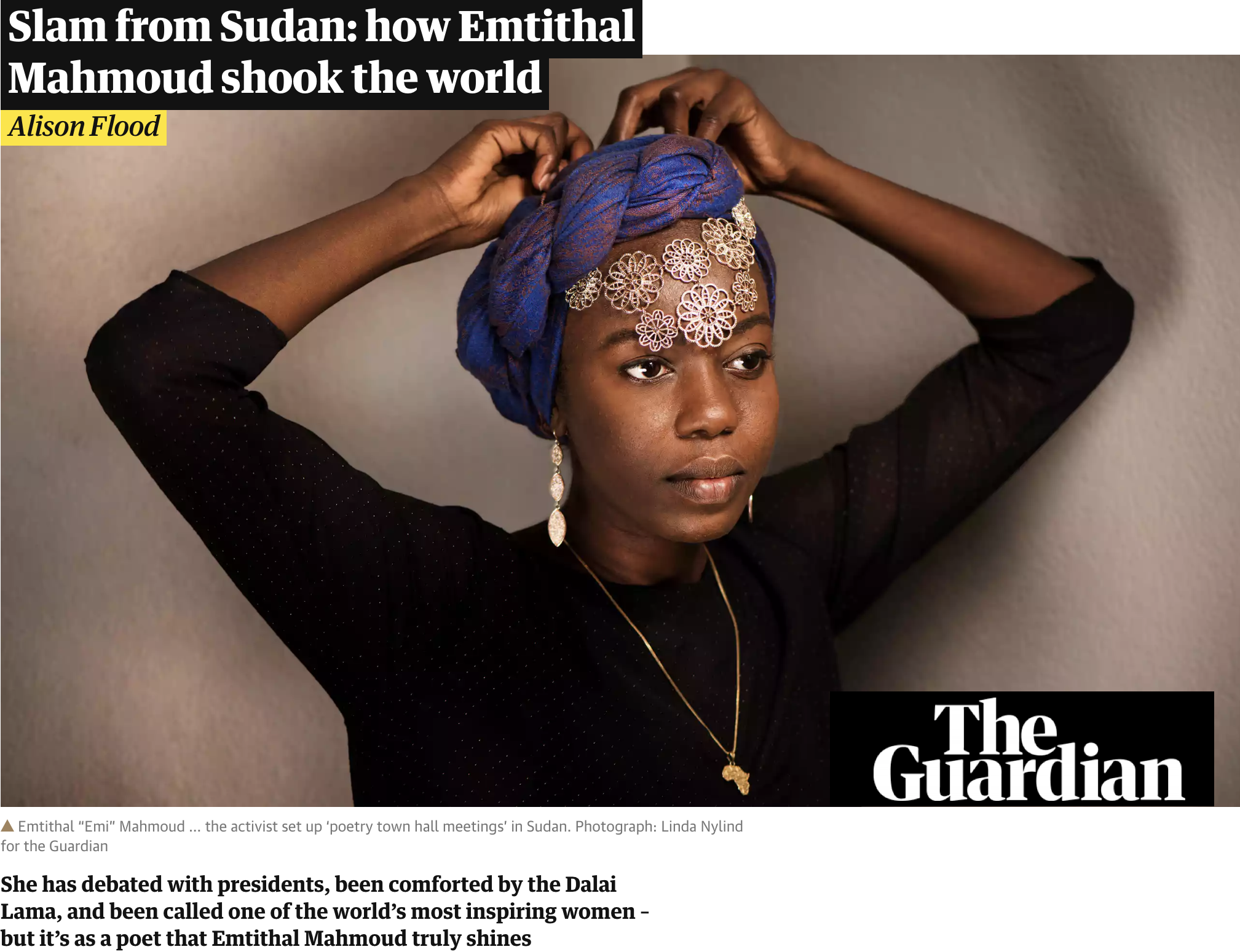 Emi has worked with Kailash Satyarthi and several other Nobel laureates and leaders using her poetry as a key advocate for youth under the Laureates and Leaders global initiative to end violence against children since 2016.

In 2015, Emi became the World Poetry Slam Champion, was named one of BBC’s 100 Most Inspirational Women, and became the 2016 Women of the World co-champion, breaking three world records in contemporary poetry as the youngest recipient of each prize and first poet to hold both titles concurrently.

As her peace talks continue, Emi uses her poetry to create uncensored spaces and bridge community divides as Darfur looks toward a viable future. Despite death-threats and repeated attempts at silencing, Emi continues to shatter long-standing stereotypes both at home and abroad. Her debut collection of poetry and first book, Sisters’ Entrance has lifted the voices of women and girls, reaching across diasporas, languages, and barriers.

Emi graduated from Yale in 2016, studied Anthropology and Molecular Cellular Developmental Biology and was awarded a certificate in Global Health. She is the co-founder of Sickle Cell Nepal, a grassroots research initiative that combats Sickle Cell Disease on the ground in Kathmandu and Nepalgunj, Nepal reaching over 300 patients since 2014.

Emi has completed several field missions with UNHCR in the past two years, and continues to use her art to help people cope with loss both at home and abroad. Her family left Sudan for Yemen in 1994, seeking safety. She started school in Yemen as a refugee and her family then came to the US through the DV lottery in 1998 as immigrants. Emi did not speak English in kindergarten and spent several years in English as a Second Language (ESL) class, but has not stopped writing and speaking since.

Video gallery including Emi on TED, at poetry venues, interviews and more.

Emi’s work for refugees, the UNHCR, the One Girl Walk, artist collaborations and more.

Emi’s photography and writings, the world through her eyes, art in the face of adversity.

“Inequality starts early, but so does resistance.” @refugees Goodwill Ambassador Emi Mahmoud is the definition of empowerment. Swipe to see more highlights from our Leadership Summit. ?? #girlslead18 #girlup #girlupcampaign #tbt

Join the movement, send us your dreams for peace

Join Us
Scroll Up